One of Cuban-born piano virtuoso Ignacio “Nachito” Herrera’s stated ambitions is to combine his wide-ranging musical influences into one music.
With the help of violin virtuoso Karen Briggs, a kindred spirit, Herrera continued his pursuit of that all-in-one ideal, October 16th at the Dakota jazz club in Minneapolis. The perfectly matched duet partners played a dazzling, two-hour set that blended Cuban musical styles, European classical elements and American jazz and pop music, with a little rock added to the mix.  Classically trained at the Institute of Art in Havana, Cuba, Ignacio Herrera studied Hungarian, Polish and Russian classical technique. At the age of 12 he amazed Cuban audiences by performing Rachmaninoff s Concerto No 2 with the Havana Symphony Orchestra. Famed Cuban pianist and Buena Vista Social Club member Ruben Gonzalez invited the 16-year-old Nachito to join him on stage and inspired the teenager to study the traditional rhythms of Cuba.

Herrera went on to study with Cuban master 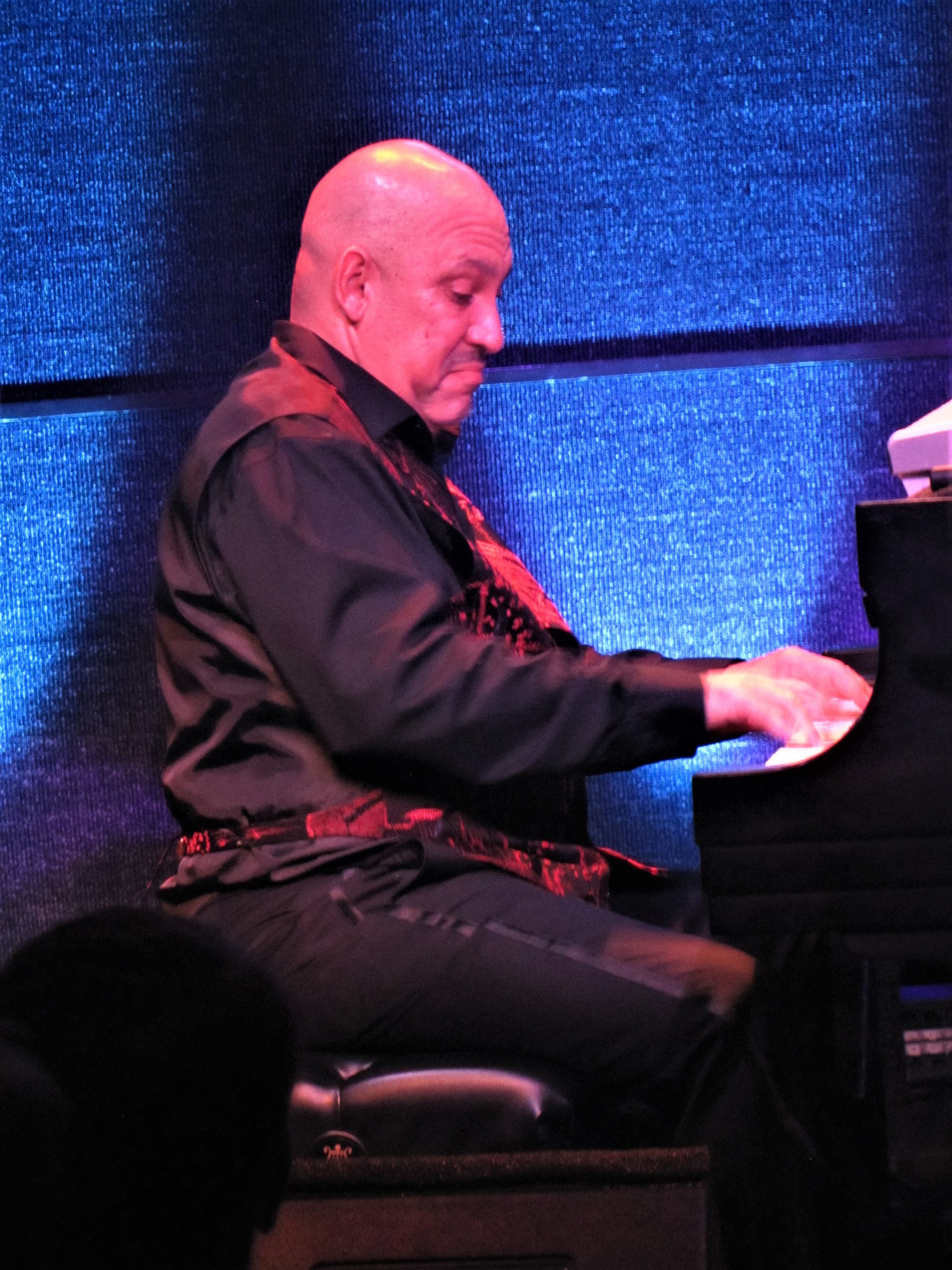 s Chucho Valdes, Ruben Gonzalez and Frank Fernandez. He later joined the internationally touring Cubanismo group as lead pianist, arranger, and musical director. He migrated to Minnesota in 2001. The open-minded Cuban approach to music education helped him negate the artificial barrier between jazz and classical. “Unfortunately, a lot of people don’t know that some of the great composers, even Bach and Mozart, improvised. I use a lot of concepts from Bach when I perform.”
Herrera says one of the reasons he considers the Dakota a special place is that it was the site of his final performance, in February, 2020, before starting a life-threatening bout with Covid 19. A few weeks later he was fighting for his life in an ICU, and spent two weeks in a coma.
When he awoke, “I had to re-learn how to do everything – walking, eating, playing the piano. His medical team included both American and Cuban physicians. (Audience members at his Dakota performance were given cards promoting a fundraising initiative to raise money for the medical care of children in Cuban. It’s a collaboration between Herrera and his wife, Aurora, and MATTER, a Minnesota-based charitable non-profit).

He is still dealing with the after-effects of his bout with Covid, regularly doing physical therapy to regain the full function of his right leg. Five-mile daily walks are part of his therapy. Fortunately he has regained his awe-inspiring piano facility.
Herrera said his return to the Dakota for the first time post-Covid “means a lot to me,” because that was the site of his last performance in early 2020, before he contracted the virus and nearly died.

Another one of his current projects is learning Beethoven’s piano concerto No. 4, which he is slated to perform next spring with an orchestra comprised of retired classical musicians from around the U.S.
One of Herrera’s fortes is composing pieces that combine classical music with Latin and American jazz, pieces that don’t sound disjointed or pasted-together, with a natural flow.

Also classically trained, Manhattan native Briggs spent 13 years on tour with contemporary instrumental musician Yanni, Briggs received the “Lady in Red” nickname while featuring as a soloist on Yanni’s “Live at the Acropolis” tour. Showing her versatility, her resume also includes work with Dave Grusin, Stanley Clarke, Lenny White, Diana Ross, the Wu Tang Clan, En Vogue, and Chaka Khan. Herrera first heard her play at a jazz festival in Bloomington about 12 years ago, and he spotted a kindred musical spirit with the same openness to a variety of musical styles, Herrera says.  “When Karen and I get together we like to do a musical “tour’ around different styles, including cha cha, Latin jazz, free jazz, straight jazz, ballads… we go completely open.” Herrera sometimes adds electronic keyboard to the acoustic piano to get a wider variety of ‘colors, ” as Briggs sometimes uses effects pedals to get the same effect with her violin.  She has been a member of Herrera’s band and when they played the the Dakota c couple of years ago, she and Herrera played one tune as a duet, planting the seed for more collaborations.  Last May, Herrera brought Briggs to Havana to perform with him at Cuba Disco, the Cuban equivalent of the Grammy Awards.

Herrera and Briggs started their Dakota show with a thundering yet impeccable rendition of Chick Corea’s “Spain,” an ideal vehicle to display their shared virtuosity. No musical purist, Herrera started the piece with some synthesizer chords played on the Korg keyboard laid on top of the grand piano.
The duo followed that with a jaunty version of George Gershwin’s “I Got Rhythm,” which featured some soaring improv by both players. The pianist unfurled his rarefied classical technique with some briskly played, octave-spanning arpeggios.
Herrera played his original composition “Esperanza,” a somewhat poignant minor key piece that has special meaning for the pianist. He composed while being treated for Covid 19 at M Health Fairview University of Minnesota Hospital, in early 2020. Herrera had spent 14 days in a coma. When he awakened, he asked for a keyboard, which he used to compose the piece, although – at that point – he was only able to pick out notes with one finger. He was 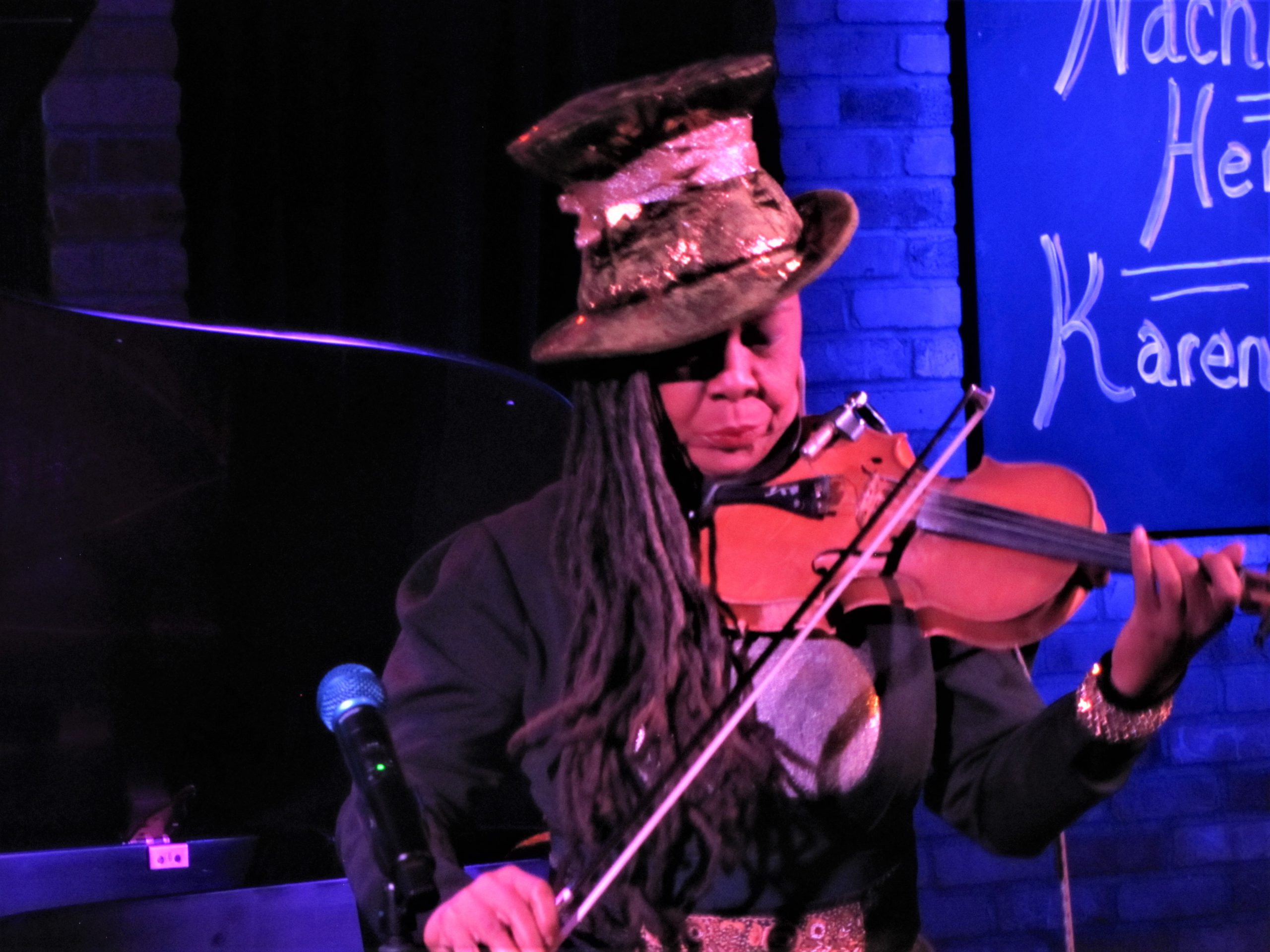 eventually able to perform the piece with the Wayzata Symphony Orchestra.
The two-hour set included one tune requested by Herrera’s wife, Aurora: Charlie Chaplain’s “Smile,” started with a beautifully played ballad intro on piano and was studded with sparkling blue notes. Briggs, resplendent in a spangled top hat, brought out the tune’s poignancy with her expressive violin work.
Herrera followed that with Jobim’s “Girl From Ipanema,” played in honor of fellow Cuban native and baseball hall of famer Tony Oliva, who was in the audience.
In the midst of his thunderous improvisation with the Brazilian standard, Herrera very briefly ventured into stride piano territory, and threw in a few bars of “Sunny,” the 1960s Top 40 hit.
The set also included an original piece composed by Herrera’s long-time classic teacher, Fernandez, who still critiques his performances via online video.
A highlight of the show was Herrera and Brigg’s rendition of a classical piece composed by his long-time classical teacher, Frank Fernandez, considered one of Cuba’s greatest classical composers. Herrera’s ability to combine technical brilliance and express emotion was evident.
Herrera and Briggs closed the show with “Gravity,” a piece composed by Senegalese bassist Cheikh Ndoye, who plays in the Herrera’s Universals band. It began with some synth tones from Herrera and a classical-influenced violin part from Briggs, before shifting into high gear, with complex polyrhythms and challenging unison parts.
The duo’s next performance together will be in January at the Havana jazz Festival.

Dan Emerson is a freelance writer and musician.